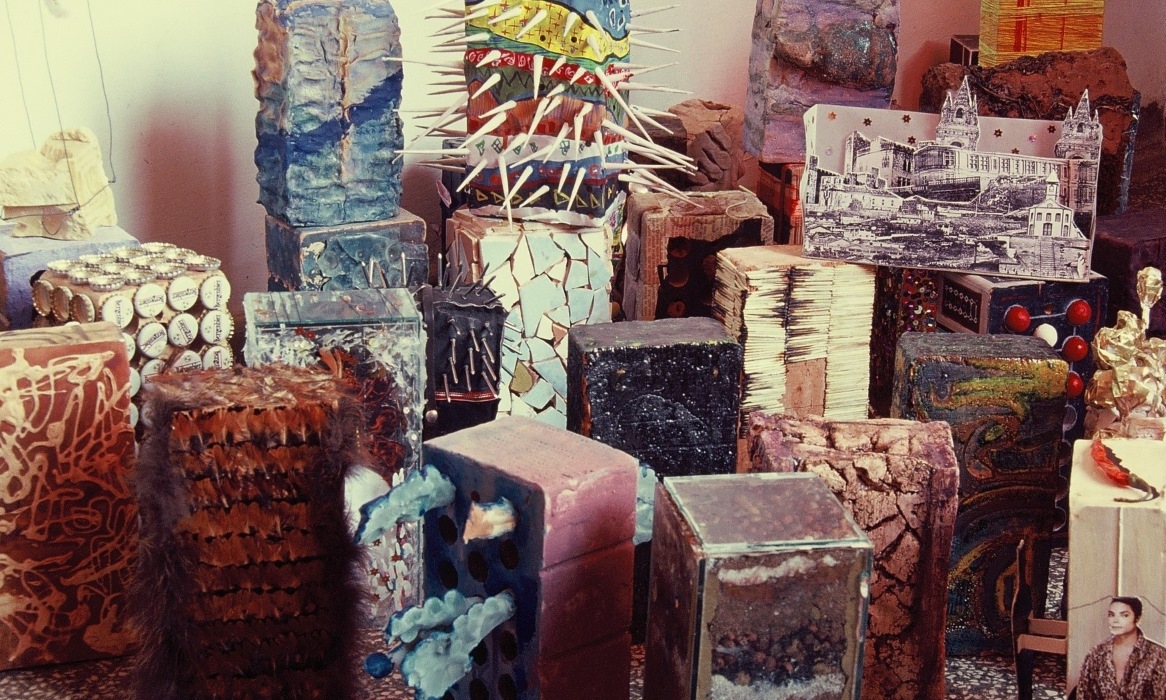 I think it is natural to have a conflict between generations, it is a conflict between old structures and new structures, as if building houses that look completely different, but with the same bricks. Nothing is more boring than houses that look all the same.
I have become an art professor at the same institution where I used to study. As a professor I intended to offer my students what I missed during my own study: a support for individual creative thinking rather than a recipe for producing art or art objects.
I gave the students a brick as a reference point and told them to do with it whatever they wanted: build, cut, smash, deform, produce pseudo-bricks, reform, reformulate. With a group of fourteen people we produced almost a hundred bricks in a month. We worked together and we had fun together. (...) We discussed seriously about art, art academies and society.

We can imagine we live "all one big family" in a house. Each room has an inscription from high culture to pop culture, from elitism to democracy, from cultural politics to "art ivory tower", etc. What keeps all these rooms together is not only the house foundation and the roof, but also the corridor. The corridor that unites and at the same time distinguishes between the different rooms. Practising art requires in this context having basics and status, but also knowing your way inside the house: moving upstairs and downstairs, opening a door in front of you or shutting it behind you. The corridor / the route is the goal.