as many other people I am fascinated of water and I am interested in flow and peace
pax danubiana is a project initiated and realised by the artist Regina Hellwig Schmid from Regensburg in 2000. I have met the artist in Cluj, Romania, as she began to organize the project and I sent her my work for the freedom action. Her project was very succesful and grew in the next years to donumenta - the art festival that brings together all countries from the Danube area.

2004 I took this travel photo on the Rhine in the Netherlands, on the way to the North Sea. I don't know who lived on the boat but obviously it is somebody being in flow. 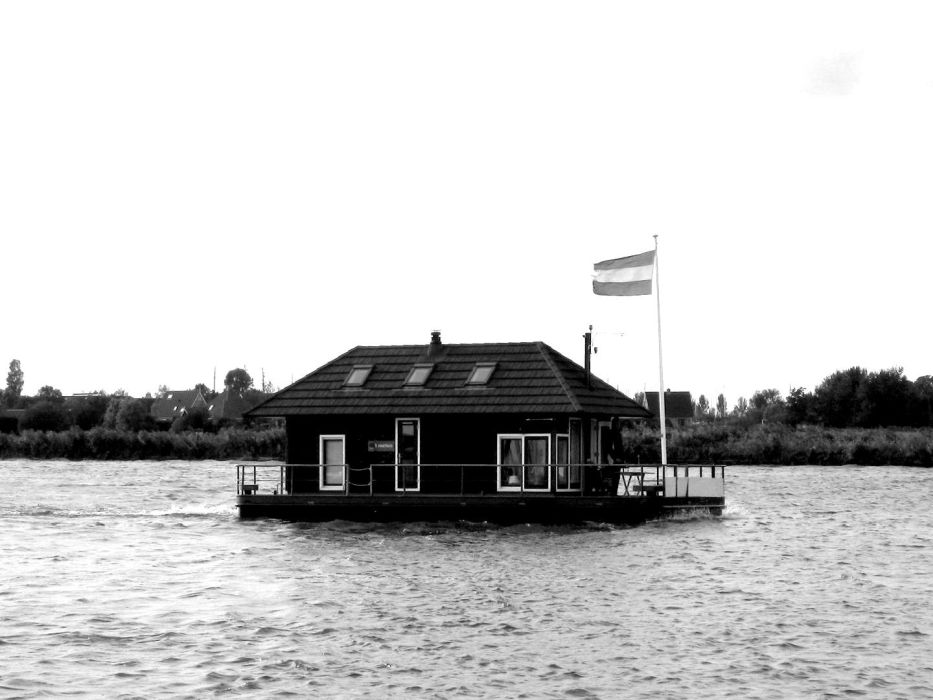 "The Danube Sinkhole (German: Donauversinkung or Donauversickerung) is an incipient underground stream capture in the Upper Danube Nature Park.  (...) The sinking Danube water disappears into a karst water system of the well-stratified limestone formation (the ox2 layer) of the White Jura and appears again in a horizontal limestone layer (the ki4 layer), approximately twelve kilometers away at Aachtopf. It then flows as Radolfzeller Aach into Lake Constance at Radolfzell. Thus, a part of the Danube water also flows into the Rhine. This geographical situation is a striking feature of the large European Watershed, which separates the catchment areas of the North Sea and the Black Sea." (from the Danube Sinkhole in Wikipedia)

I am glad that the Danube river mysteriously flows not only descending but also ascending between my native country and my adoptive country. From my very origins I am interested in flow.